An Evening with Brian: "How Science Triumphs over Nonscience"

Although the 72nd annual Inter/Micro was canceled due to the COVID-19 pandemic, Professor Brian J. Ford is presenting this year’s Evening with Brian talk online, “How Science Triumphs over Nonscience.”

We are now entering a new age of research in which objectivity and integrity are being replaced with opportunism and dishonesty within leading academic institutions. Brian delves into the burgeoning racket of “Nonscience” — claiming someone else’s research as your own in the quest for large grants and instant recognition. View the YouTube video:

We are now entering a new age of research in which conventional values, like objectivity and integrity, are being replaced with opportunism and dishonesty. This trend was documented in my satirical book on science, Nonscience (1971), which is now being updated and republished as Nonscience Returns. It used to be youthful newcomers to science who invented their results or misappropriated the work of others. But in one recent example, it was a new consortium of leading academic institutions that attempted to claim a research program that is well known around the world. The idea seems to be: if you cannot think up some original research, then claim somebody else’s, and if you do, then it is best to ensure that it isn’t something everybody knows about. 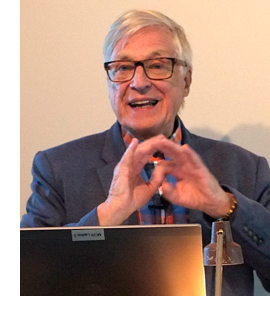 Professor Ford is a leading authority on the microscope and a best-selling author, whose research is widely quoted in journals and encyclopedias. He is the author of the Critical Focus column, which has been published quarterly in The Microscope journal since 2010. When he is not speaking at Inter/Micro, Ford travels the world as a speaker and presents his work on television and radio. In 2017, Ford was named an Honorary Fellow of the Royal Microscopical Society. He is a fellow of the Cardiff University; former tutor at Madingley Hall, Cambridge University; and president-emeritus of the Cambridge Society for the Application of Research. He has also served as a fellow of the Open University and visiting professor at Leicester University. Ford has given his Evening with Brian presentations at Inter/Micro for more than 30 years.